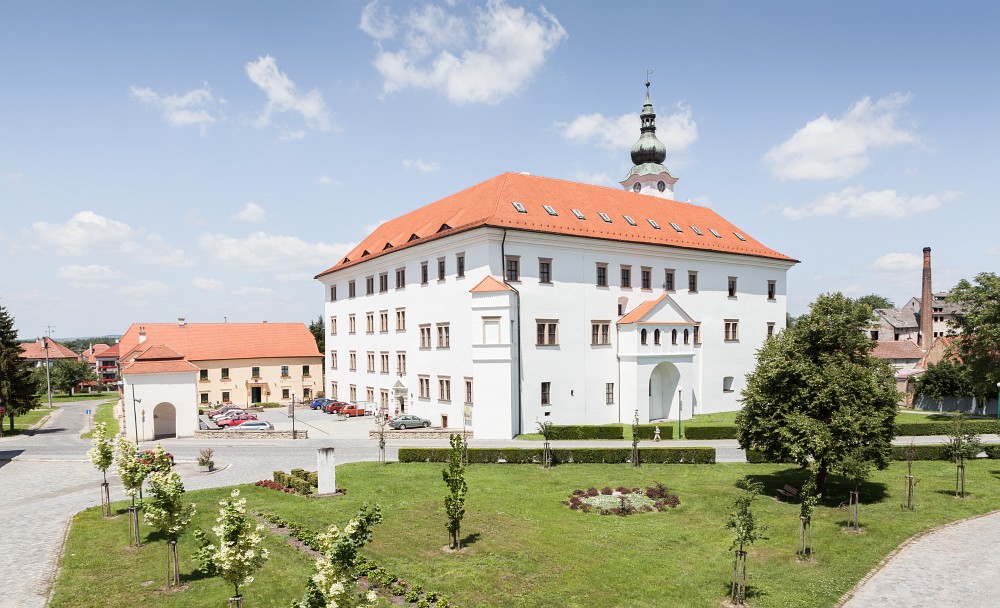 Uherský Ostroh is a town in the district of Uherske Hradiste in the Zlin region, lying on the Morava River. Sights that you can visit in Uherske Ostroh Castle Uherský Ostroh, St. Andrew Church and Fara on the St. Andrew square, Hotel Morava. Mermorial of the victims of the WW1.the Statue of St. Florian, the statue of St. John of Nepomuk Statue of St. Libor, Statue of Saint Peter of Alcantara, cross St. Mark's Square. Andrew, a Jewish cemetery.

Beneath the chateau – Uherský Ostroh 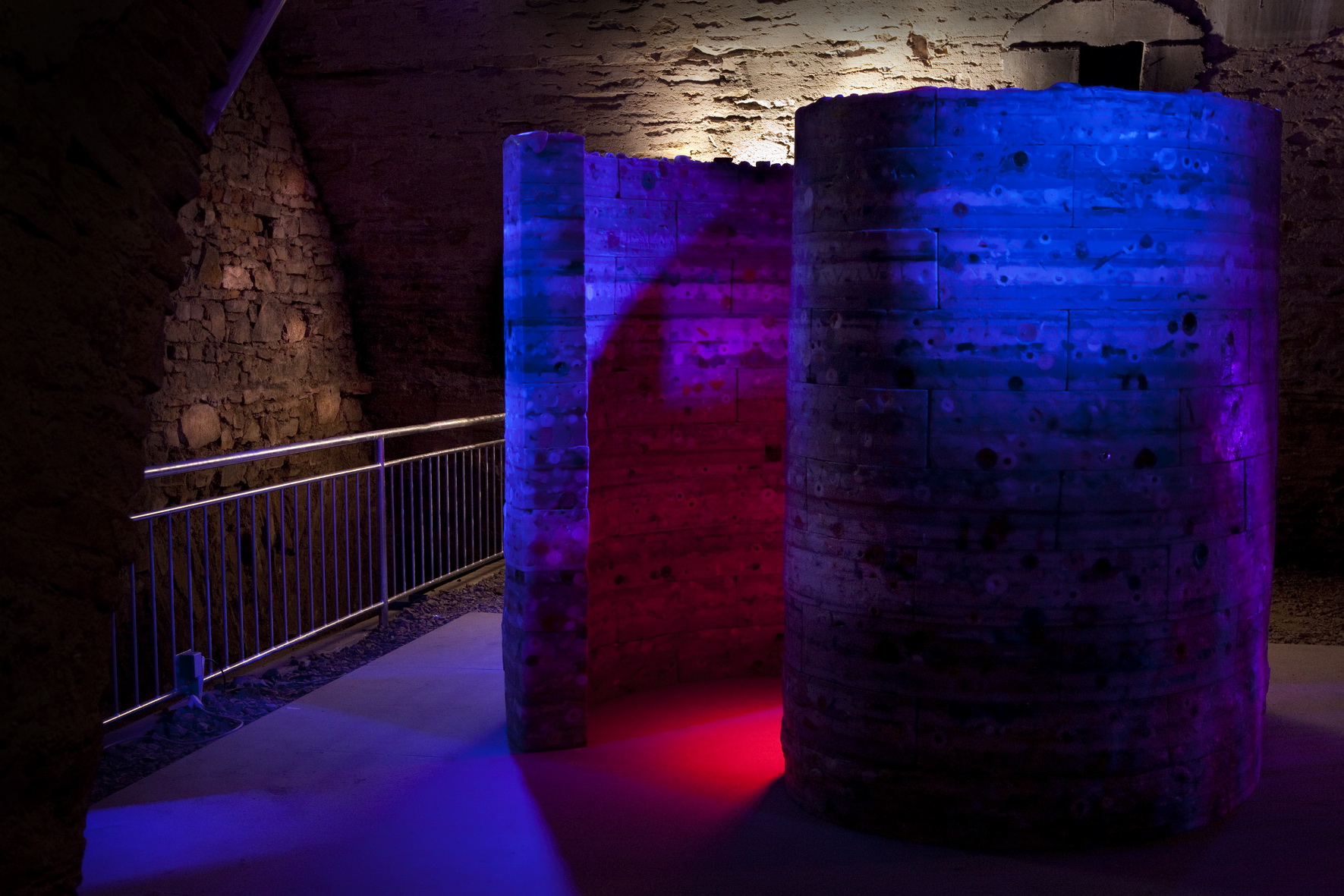 Crystal Cave exposure builds on one of unrealized intentions Gundakar of Liechtenstein from 1650. The exhibition offers a tour of the first two rooms of the chateau underground. In the first - Crystal Cave opens the fantasy world is entering into another dimension. The second room is then placed hall dedicated to the mythical Atlantis, with the screening of the arrival of the Atlanteans on the planet. The authors of the concept are set designer Jan Štěpánek and Andrea Helmichová. The exposition is open from Tuesday to Sunday. Inputs at these times: 10.00, 11.00, 13.00, 14.00, 15.00, 16.00, 17.00. Entry fee: adults 60 CZK, children and seniors 30 CZK. 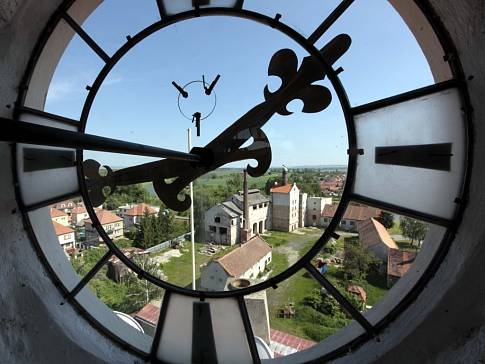 The premises of the tour route in the oldest part of the castle. It is the oldest surviving a room adjacent to the castle tower with recently uncovered Gothic brackets culminating sculpted face. The tour is guided in period costume and finished off with a visit to the top of the tower, which is available for inspection functioning clockwork in the glass cabinet and of course the tower a unique view into Ostroh surroundings. The exposition is open from Tuesday to Sunday. Inputs at these times: 9.00, 10.00, 11.00, 13.00, 14.00, 15.00, 16.00, 17.00. Entry fee: adults 60 CZK, children and seniors 30 CZK. 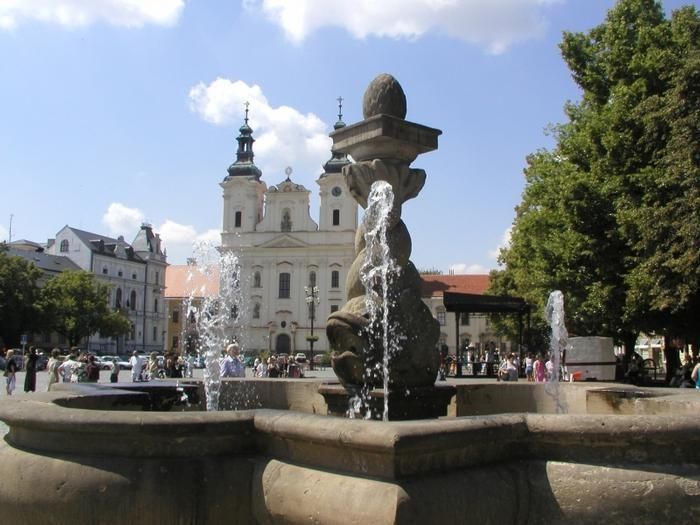 Uherské Hradiště is a district town in the Zlin region, 23 km southwest of Zlin on the left bank of the Morava River. Inhabited by over 25,000 people. Along with the Staré Město and Kunovice form a conurbation with more than 38 thousand inhabitants. 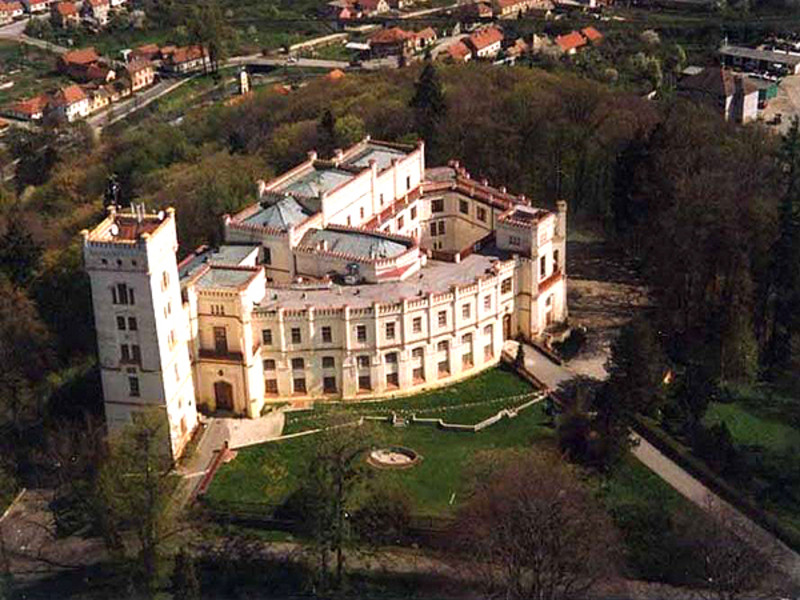 Nový Světlov originally a castle rebuilt into a chateau in the Tudor-style village in the district Bojkovice Uherské Hradiště, which was the center of Světlov estate. 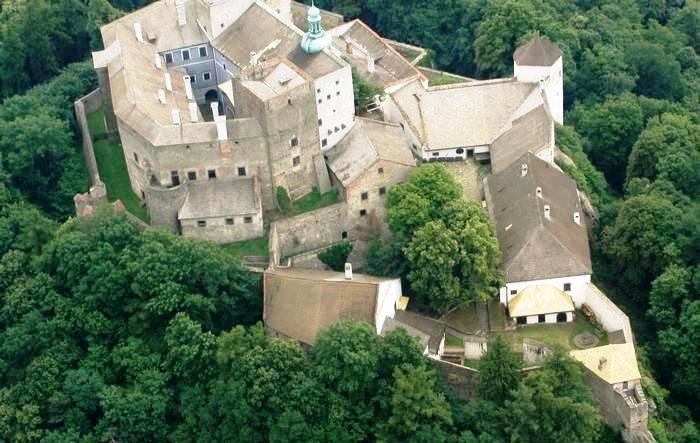 Buchlov the royal castle standing on the same hill in Chřiby over Buchlovic at an altitude of 509 meters. Construction time this castle is estimated at the first half of the 13th century. Last modification performed Castle Duke Jan Ždánský of Zástřizel during the reconstruction of the Renaissance style in 1540-1558. The castle is owned by the state and is administered by the National Heritage Institute. 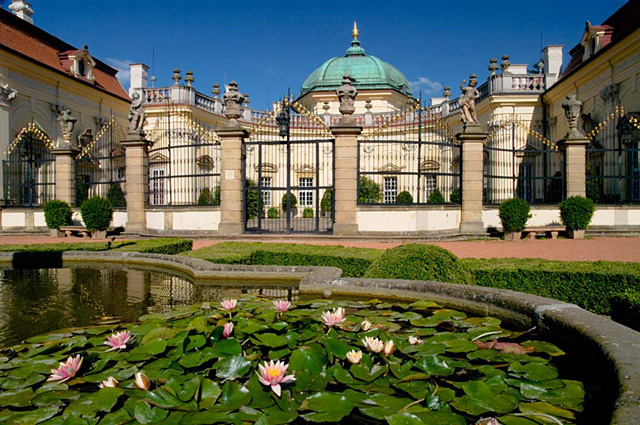 Buchlovice chateau situated near the majestic castle Buchlov one of the most important Baroque aristocratic residences in the Czech Republic. Architecture, extensive collections, famous owners and important place in the history of the final years of the Habsburg monarchy makes the lock place significance far beyond the borders of the Czech lands.

Velehrad among the most important pilgrimage sites in the Czech Republic. It is closely connected with the tradition of Cyril and Methodius. The cult of the Slavonic apostles, who are together with St. Benedict spolupatrony Europe, makes Velehrad a place beyond the borders of our state. According to archaeological finds and historical research can politico-administrative center of the Great Moravian Empire and the metropolis of its first archbishop of St. Methodius connect to the wider Uherské Hradiste, Staré Městowith its surroundings and Velehradu. 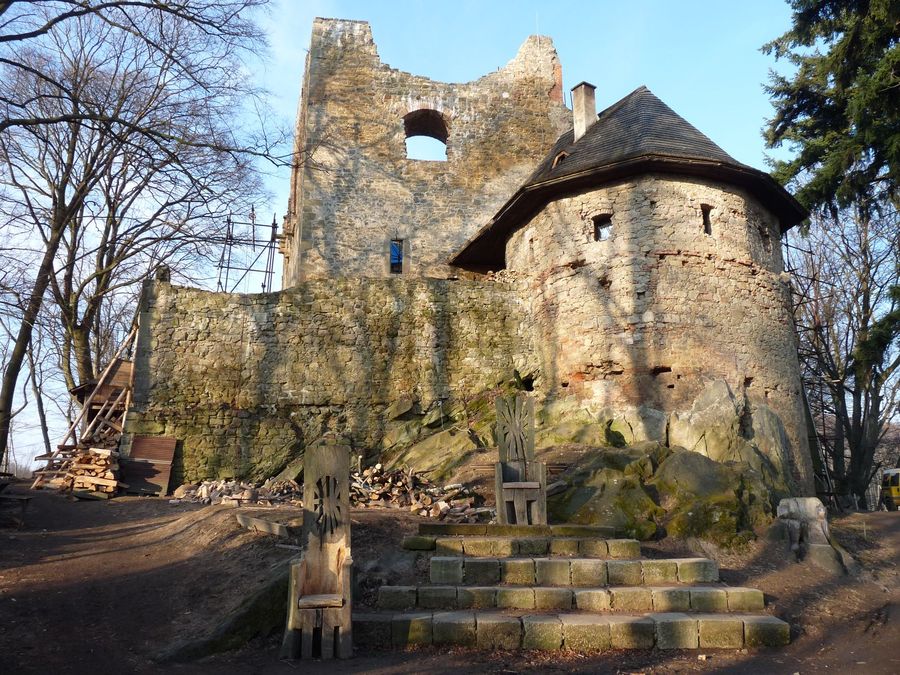 The extensive ruins of a Gothic castle is located on a hill above a water reservoir about 5 km from Koryčan. Established between the years 1327 - 1333, it was abandoned in 1720. In the 30s of the last century were made the first rescue, the other in 1940. At present, the old castle Polypeje civic association, which tries to rescue, documentation and disclosure sights . 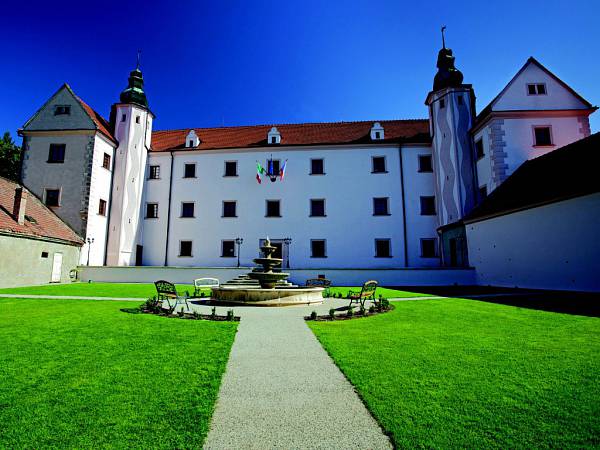 The castle dates from the reign of Premysl Otakar II., Who founded the nearby dissertation received. The village was in the 11th century, a small settlement and fort near the Morava River. 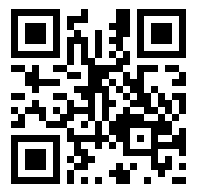 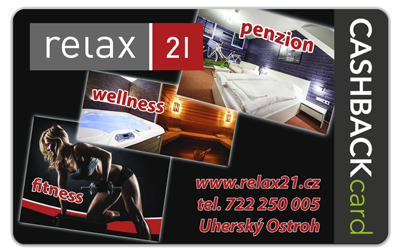